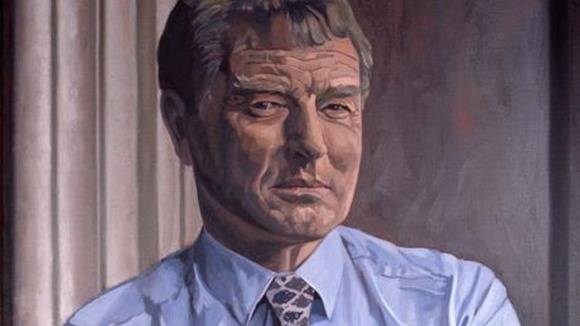 If you met them on the street you would say they were no oil paintings – but that hasn’t stopped £250,000 of taxpayer’s money being splashed out on portraits of MPs.
The bill includes £10,000 for a likeness of work and pensions secretary Iain Duncan Smith, a £4,000 oil painting of foreign secretary William Hague and an £8,000 picture to preserve minister without portfolio Kenneth Clarke, official figures reveal.
Labour figures Diane Abbott, Dennis Skinner and Tony Benn have also sat for pictures at a cost of £11,750, £2,180 and £2,000.

In it together: Work and pensions secretary Iain Duncan Smith

Three former Liberal Democrat leaders have also had portraits. Lord Ashdown’s portrait cost £2,000, while the bill for Sir Menzies Campbell’s came in at £10,346.
Charles Kennedy appears in a £6,000 three-frame triptych with Tony Blair and Mr Hague.
The art project, branded ‘an expensive vanity project’ by critics, was commissioned by a cross-party committee of MPs in 1995. Its cost came to light after a freedom of information requestby the London Evening Standard.

Jonathan Isaby, chief executive of the TaxPayers’ Alliance, told the newspaper: ‘While the public might expect former prime ministers or speakers to be afforded the honour of a painting or bust in Parliament, it would certainly seem that the net is being cast increasingly wide when it comes to identifying subjects.
‘When photographs are so much cheaper than paintings, politicians need to think twice about spending our money immortalising themselves or their friends on canvas, or even in bronze.’
In the five years from 1995 to 2000, only three MPs had portraits painted  - the first female speaker Baroness Boothroyd sat twice, while the others were Lord Ashdown and Mr Benn — at a cost of £13,500.
But in the five-year period after that 11 parliamentarians were honoured at a cost of £78,980. In the next five years they racked up a bill of £93,076 for ten commissions.
Since 2010, the costs have fallen but a portrait of former foreign secretary Margaret Beckett costing £11,750 was unveiled in 2011 while, in the same year, speaker John Bercow unveiled a likeness of himself that cost £22,000 to commission, a further £15,000 to frame and a coat of arms.

Busts of former leaders have also been placed in the Members’ Lobby in the Commons to reportedly turn it into a ‘Pantheon of the Greats’.
Decisions on the portraits are taken by a cross-party group called the speaker’s advisory committee on works of art, led by Labour MP Frank Doran.
In 2010 it commissioned photographers to take 25 images of MPs on the campaign trail, a group portrait of the committee, pictures of female Cabinet ministers and chairs of select committees.

Photographers were also paid to take informal portraits of sitting MPs.
A Commons spokesman said: ‘The Parliamentary Art Collection at the House of Commons records those who have made a significant contribution to UK political life over the centuries and in each parliament the Speaker’s advisory committee on works of art endeavours to update this record by adding to the contemporary portrait collection.
‘In recent years the annual budget for acquiring works of art for the collection has been reduced to reflect the need for savings in the current economic downturn.  This is part of the House’s drive to reduce its overall cost by 17 per cent by 2014-15.’