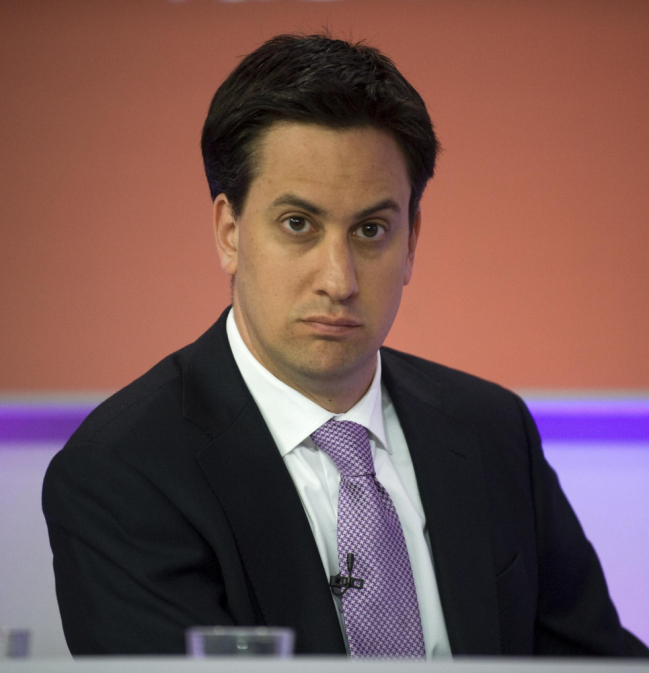 Labour leader Ed Miliband’s poll ratings have slumped after his leadership came under fire from within his own party.
Just 22 per cent of people think he is doing a good job, compared with 50 per cent who do not, according to a ComRes poll for The Independent on Sunday and Sunday Mirror.
The findings put him on a virtual level-pegging with David Cameron on minus 27, a drop of two points.
Former deputy prime minister Lord Prescott has become the latest senior party figure to voice concerns.
He said Labour had ‘massively failed’ to get its case across to the public and hold the Conservatives to account over the summer.
He urged Mr Miliband to follow the example of former Manchester United boss Sir Alex Ferguson and get rid of under-performing members of his shadow cabinet team.

‘If shadow cabinet members aren’t pulling their weight, give them the hairdryer treatment and kick ‘em out,’ he wrote in his column for the Sunday Mirror.
‘Time is running out. We can still turn it around and win in the second half. But we need the very best team, week in, week out.’
Mr Miliband’s former ‘guru’, the academic Lord Glasman, also said the Labour leader needed to show he was a ‘grown-up politician’ able to lead the country.
‘At the very time when Labour should be showing the way ahead, it gives the impression of not knowing which way to turn,’ he wrote in The Mail on Sunday.
‘When the Labour battle bus should be revving up, it is parked in a lay-by of introspection. It is time for Ed Miliband to show he is a grown-up politician big enough to lead this country.’
Overall the position of the main parties shows little change, with Labour up one point since last month on 37 per cent and the Conservatives unchanged on 28 per cent.
Ukip continues to enjoy strong support with 19 per cent – a one point rise – while the Liberal Democrats trail a distant fourth on eight per cent.