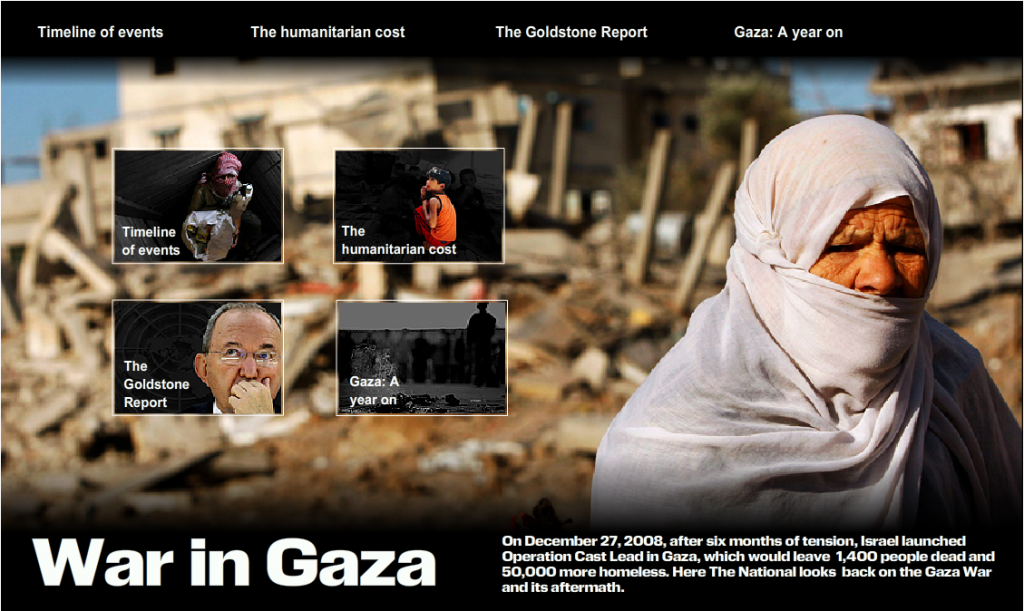 On December 27, 2008, after six months of tension, Israel launched Operation Cast Lead in Gaza, which would leave 1,400 people dead and 50,000 more homeless.  To mark the first anniversary I decided to collect articles, videos and photos from the time so that readers would have a clear source of background information, from the time of the fighting through to the Goldstone report and its aftermath, to go with a series the foreign desk was producing.

These new articles fed into the 'Gaza Today' section of the project and helped the interactive grow.

You can view the final version here (Note: The National's new website is currently being tested. As a result not all the links have been updated, this will be amended soon.)