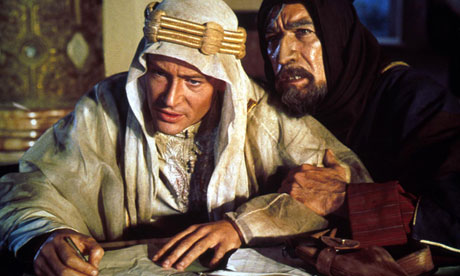 [youtube="https://www.youtube.com/watch?v=zmr1iSG3RTA"]
Peter O’Toole, best known for his starring role in Lawrence Of Arabia, has died aged 81.
His agent Steve Kenis confirmed the Irish-born actor had died at Wellington Hospital in north London on Saturday after a long battle with illness.
‘He was one of a kind in the very best sense and a giant in his field,’ Mr Kenis said.
O’Toole’s daughter, actress Kate O’Toole, said: ‘His family are very appreciative and completely overwhelmed by the outpouring of real love and affection being expressed towards him, and to us, during this unhappy time. Thank you all, from the bottom of our hearts.
‘In due course there will be a memorial filled with song and good cheer, as he would have wished.
‘We will be happy to speak to you all then but in the meantime if you could give Peter O’Toole the respect he deserves and allow us to grieve privately we’d appreciate it.
‘Thank you all again for your beautiful tributes – keep them coming.’
Irish president Michael D Higgins said he ‘heard with great sadness’ about the actor’s death.
‘Ireland and the world has lost one of the giants of film and theatre,’ he said.
‘In a long list of leading roles on stage and in film, Peter brought an extraordinary standard to bear as an actor. He had a deep interest in literature and a love of Shakespearean sonnets in particular.’
A star of the stage and screen, O’Toole continued working in his 70s, and was known to modern audiences for appearances in Troy, Venus, Stardust and TV series The Tudors.
His days of riotous behaviour were brought to an abrupt end in the mid-1970s, when doctors diagnosed pancreatitis and warned him he would drop dead if he took another drop.
He had yards of his intestinal tubing – ‘most of my plumbing’ – removed and he gave up drinking, almost.
O’Toole once said of acting: ‘The love of it is great, huge and it will be with me forever. I blundered into it, found I could do it well. It has raised me from nothing into something, not a lot, but something.
‘If you do something well and you enjoy it, what more can you bloody well ask?’
In 2003 he was awarded an honorary Oscar after being nominated eight times without winning.
Announcing his retirement from acting last year, he said: ‘I bid the profession a dry-eyed and profoundly grateful farewell.’