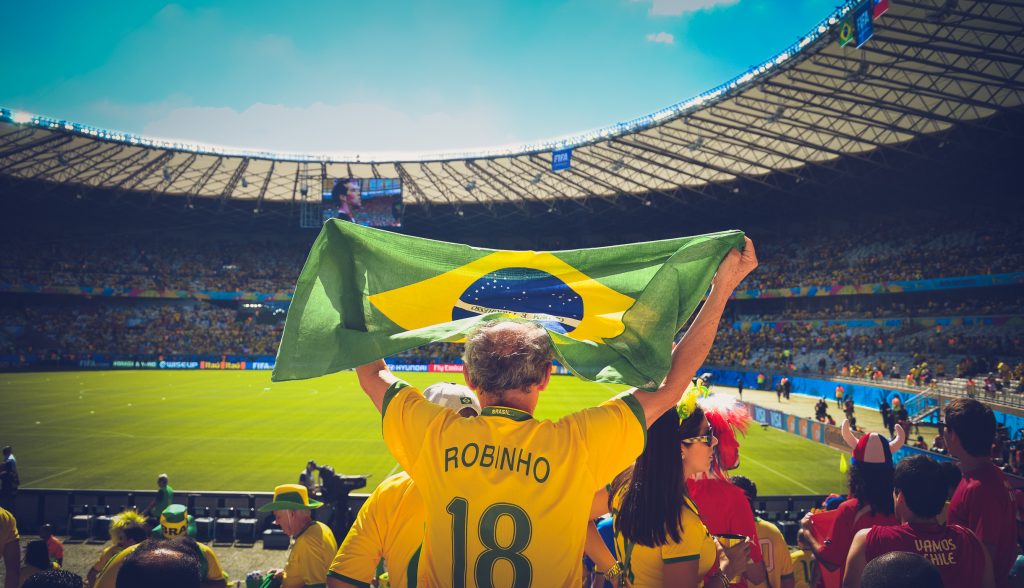 Not since Don Revie quit as England manager to take charge of the UAE in 1977 has Middle East football been so intensely under the media spotlight.
As the recriminations over England's failed bid to secure the 2018 World Cup continue, it is the winner of the following tournament that has proved more intriguing.
The decision to award the tournament to Qatar has been hailed in the Middle East as a victory for the region. But it has left those on the outside wondering how a small desert state with a population of 1.6 million could host the world's biggest sporting event in summer temperatures that average more than 40C.

For some the answer is simple - money talks and the Qatar certainly has plenty of that. The emirate's sovereign wealth fund, Qatar Investment Authority, is estimated to hold assets worth more than £40.5bn (US$63.9bn), including  Harrods department store in central London.
If the state wanted to remind the West of its financial clout with this symbolic purchase in May, then it has the attention of the world with the coup it pulled off last week. Qatar is now looking at how it will raise the £17.4bn needed to improve its infrastructure for the tournament.
The emirate saw off strong competition from Australia (which has also never hosted a football world cup), Japan and the United States to land the tournament with promises of air-conditioned stadiums, easy transport links allowing fans to see more than one match in a day and the pledge to pack up and donate the grounds to developing nations afterwards.
Although Fifa has never brought it's showpiece tournament to the region, the lesser-known Club World Cup has been successfully staged in Abu Dhabi but can hardly compare.
It is true to say that league football in the Middle East has an avid following, but the problem is that it's La Liga or the Premier League that fills the shisha cafes in the streets while domestic games are televised from empty stadiums. Entry to matches is usually free but still enthusiasm for watching games live seems muted.
In 2008 I was able to walk into a stadium in Abu Dhabi to watch a World Cup qualifier between the UAE and Saudi. Even then entry was free but the ground was - at best - three-quarters full. Once inside, the crowd were handed novelty flags to wave in an attempt to create atmosphere.
Given the pledge to donate stadiums after the tournament then a footballing legacy - unlike the Russian bid - is not something that Qatar seems too bothered about. It's doubtful the bid will exist in 2023 in anything more than bragging rights and a few extra hotel rooms.
But the region does local pride well, especially when the world is watching, and I'm sure those travelling to Qatar in 12 years time will be given a warm welcome similar to that for Formula One fans in Abu Dhabi.
Despite comments on some news sites, foreign women will not be forced to wear a black abaya or veil and it is not illegal to be gay, although homosexual acts are illegal. Despite not officially welcoming Israel, the emirate has said the Israeli team would be welcome in Qatar if it qualified.
Drinking in Qatar is stricter than in neighbouring Bahrain, Dubai and Abu Dhabi. Under a recent law foreigners have to show their passport or membership card to be allowed into the few bars in the emirate. However, the authorities have said that fan zones will be allowed to serve alcohol although its never advisable to get publicly drunk anywhere in the Middle East.
Due to the oppressive summer heat, the tent cities that have sprung up in previous tournaments in South Africa 2010, Germany 2006 and Italia '90 will not feature here. It's estimated that 400,000 fans will descend on the emirate during the four weeks of the tournament and, given the size of the country, hotel accommodation is likely to be limited and expensive.
One option may be to 'commute' from neighbouring Middle East destinations but this may throw up visa issues for certain nationalities.
As I write this now in 2010, I can guarantee the main thing visitors will talking about - other than the football - is the heat. It's hard to describe a desert summer to anyone who has not lived through it but one way would be to step inside a sauna fully clothed with your head wrapped in a towel.
It is all consuming and being outside in it for even a few minutes is very uncomfortable, even in the evening.
There will be air-conditioned training facilities at a constant temperature of 27C to match the stadiums being built for the players but the fans will have to cope with heat many will have never experienced before. Let's face it, there's a reason why package deals to Dubai are cheap in July.
Whatever the reasons behind it, Fifa have made a intriguing decision to take the World Cup to Qatar. There is no reason why the Middle East should not have its chance to play host but given the conditions most will be forced to put up with, there's no reason an exception could be made to reschedule it.
The idea that has been put forward by Franz Beckenbauer to host the tournament in January or February is not as outlandish as it sounds.
The climate in the region would be perfect while audiences in Europe and most of the northern hemisphere are crowded around televisions to get out of the cold. Leagues could be rearranged with minimal fuss, for some it would just be a question of extending their winter break for one season.
Unless Fifa do have a rethink, I believe the experience for fans will be an indoor one: from hotel, to coach, to designated fanzone to match and back to hotel.
In a word, for those who have been to South Africa, Germany or Italy: sterile.