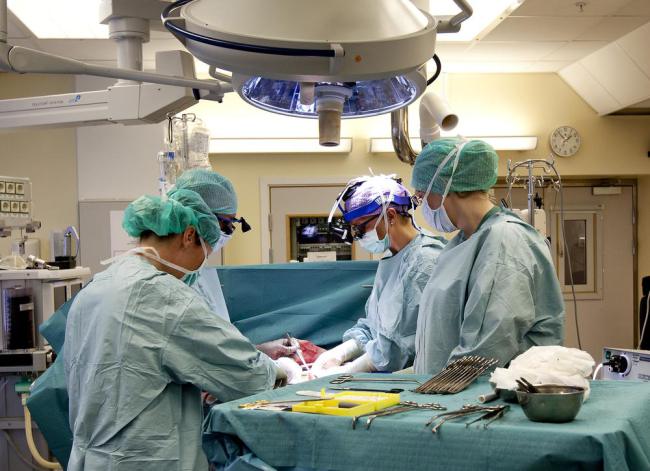 The women, mostly in their 30s, were either born without a uterus or had it removed because of cervical cancer.
They are part of the first major experiment to test whether it is possible to transplant wombs into women so they can give birth to their own children.
They were given transplanted wombs from living relatives, including one from a mother to daughter, by doctors in Sweden.
There have been two previous attempts to transplant a womb – in Turkey and Saudi Arabia – but both failed to produce babies.
Scientists in Britain, Hungary and elsewhere are also planning similar operations but the efforts in Sweden are the most advanced.
Dr Mats Brannstrom said many already had their periods six weeks after the transplants – an early sign that the wombs were healthy and functioning.
‘This is a new kind of surgery. We have no textbook to look at,’ said Dr Brannstrom, chairman of the obstetrics and gynaecology department at the University of Gothenburg.
The transplant operations did not connect any of the women’s uteruses to their fallopian tubes, so they are unable to get pregnant naturally.
But they all have their own ovaries and can produce eggs.
The technique using live donors is somewhat controversial.
In Britain, doctors are also planning to perform uterus transplants, but will only use wombs from dying or dead people.
Last year, doctors in Turkey announced their patient had become pregnant but the pregnancy failed after two months.
‘Mats has done something amazing and we understand completely why he has taken this route, but we are wary of that approach,’ said Dr Richard Smith, head of the charity Womb Transplant UK, which is trying to raise £500,000 to carry out five operations in Britain.
A womb transplant is like a radical hysterectomy but it requires taking a bigger chunk of the surrounding blood vessels to ensure adequate blood flow, raising the risk of complications for the donor, Dr Smith added.
He said British health officials do not consider it ethical to let donors take such chances for an operation that is not considered life-saving.