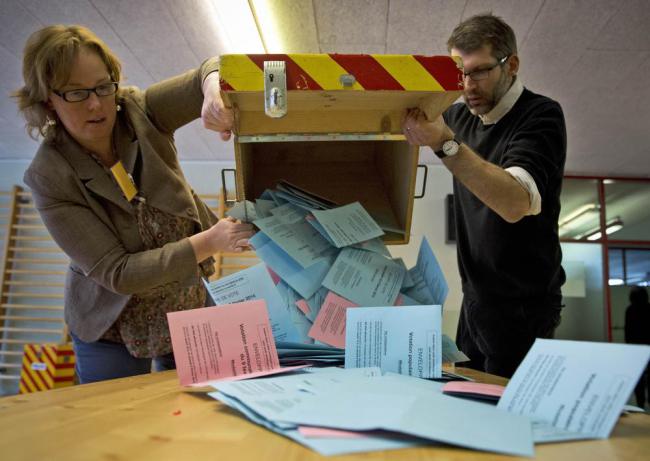 Swiss voters have delivered a snub to their government and the EU by narrowly backing plans to limit immigration.
They backed a proposal by the nationalist People’s Party to introduce quotas for all types of immigrants by a margin of 50.3 per cent, according to public broadcaster SRF.
The result of the referendum means the government will have to renegotiate treaties on the free movement of workers it had arranged with the EU.
Until now, citizens from the 27 member states could easily live and work in Switzerland, while Swiss citizens could do the same across the EU.
Quotas were introduced for immigrants from eight central and eastern European nations two years ago, which were criticised by the EU.
Business groups had warned many of the 80,000 people who had moved to Switzerland last year were vital to the country’s economy and curtailing immigration could cost Swiss citizens’s jobs.
Swiss voters snub EU by backing plan to curb immigration
Urs Schwaller, a member of the centrist Christian People’s Party, said: ‘We always thought the argument about jobs would win people over, clearly that wasn’t enough.’
The government would need to launch a diplomatic offensive and explain to the EU that its hands were bound by the referendum while showing it was still ‘a reliable partner’, he added.
EU Commission spokesman Olivier Bailly said that it was disappointed by the vote.
‘This goes against the principle of free movement of persons between the EU and Switzerland,’ he said.
‘The EU will examine the implications of this initiative on EU-Swiss relations as a whole.’