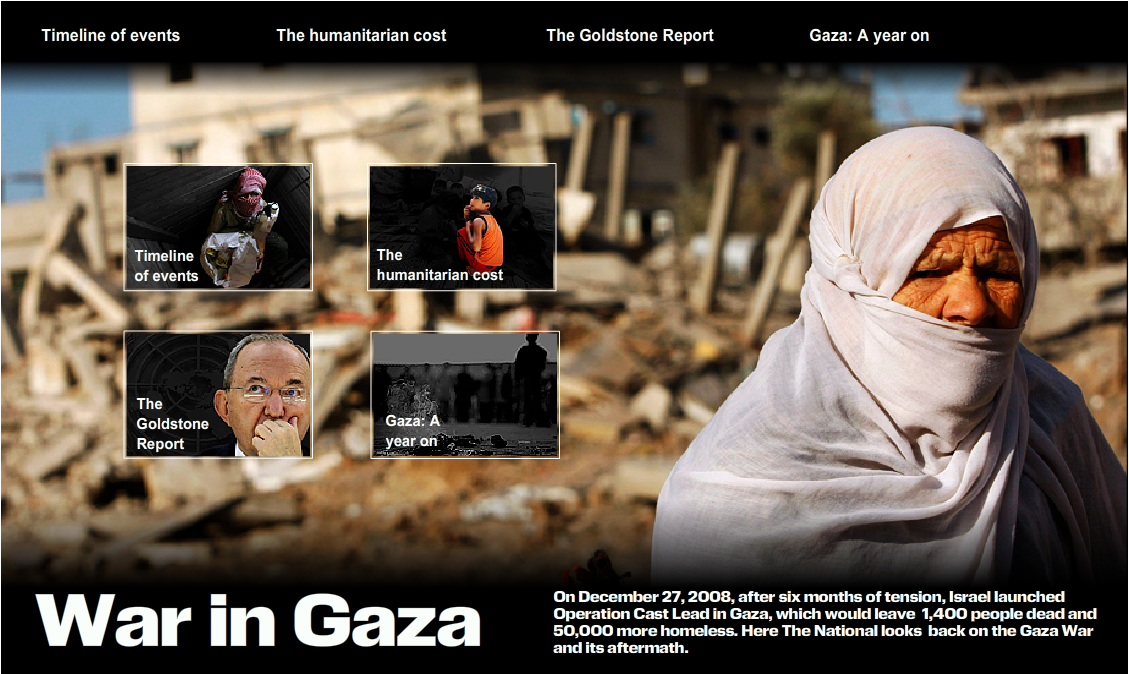 An interactive guide to the Gaza War of December 2008 that was produced for The National to mark the first anniversary of the conflict.

The World Future Energy Summit attracted exhibitors from across the globe under one roof. With these audio interviews I wanted to show the diversity of those taking part united under a common cause. You can view the interactive here.

From a waste disposal unit that crushes rubbish with air, to bags made from potatoes, the World Future Energy Summit 2010 in Abu Dhabi was a hive of activity. Here I took photos and made audio recordings of some of the more interesting grassroots exhibits. You can access the interactive here. I also wrote an accompanying […]