The Dubai drugs three and Britain’s double standards on torture

David Cameron’s support for the three Britons sentenced for a minor drug offence after allegedly being tortured in Dubai is commendable – but it could come back to haunt him.

BlackBerry ban in the UAE?

When it came it was not unexpected, but it was still met with shock. “BlackBerry services in the UAE will be suspended from October”, the statement from the Telecommunications Regulatory Authority (TRA) read, signalling the possible end of a love-affair with the devices for 500,000 of the Gulf state’s 8.2m residents. They are a favourite […]

This was an interview with Kharim al Azhari, the UAE touring car champion, before the Dubai24 endurance race at the Dubai Autodrome. I shot and edited the film with footage behind the scenes on an open track day.

Audio: Why Dubai is reaching for the stars

The tall buildings expert David Scott explains, in October 2008 before the property crash), why Dubai is obsessed with tall buildings. You can here the audio track here.

Adrian Smith, the man who designed the Burj Khalifa (then known as the Burj Dubai), talks in October 2008 about the challenges in building the world’s tallest building and super-skyscrapers. To here the interview click here.

Before leaving the Newcastle Evening Chronicle and moving to the Middle East, I found myself breaking the story of Emirates Airline extending to Newcastle Airport. It was big news for the city as it was the airport’s first long-haul route and would make trekking across the world much easier for travellers in the North East. […] 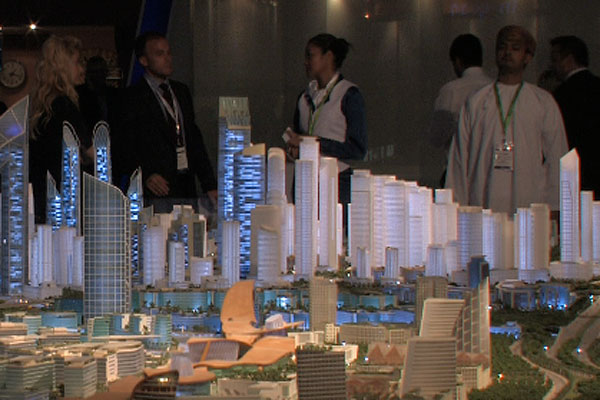 A video that I shot and edited from the floor of Dubai Cityscape, the emirate’s property show, in 2009. It was the first time such a show had been held since the property crash in Dubai. This was for The National newspaper.