It’s the week to be a chic geek 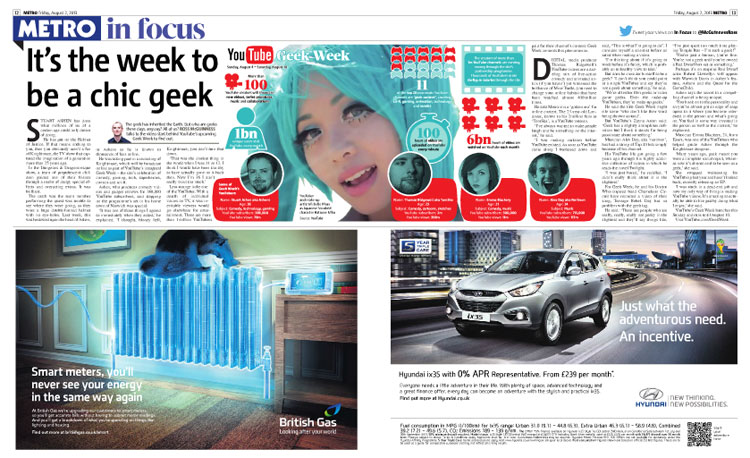 This is another In Focus feature spread that I subbed for Metro. The topic here is YouTube’s ‘Geek Week’ – a celebration of its many filmmakers who have launched themselves as successful ‘channels’. The challenge with this one was fitting the four case studies into the same piece. I had to tweak the copy to fit without losing any of Ross’s irreverent and lighthearted writing style.

Step over here once again, sir: Consultation into police stop and search powers 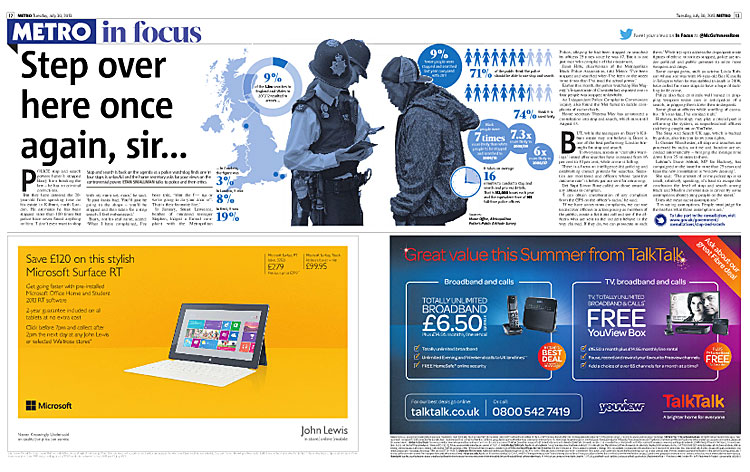 This was an In Focus news feature for Metro into a serious subject – a review into the police’s use of stop and search powers. The original copy was about twice the length needed so required a heavy rewrite. However, the reporter had a lot of good first-hand interviews and set the scene well, especially with the case study ‘Barry’. Careful line-by-line tweaking was needed to reduce the story to length.

Mower that’s a cut above 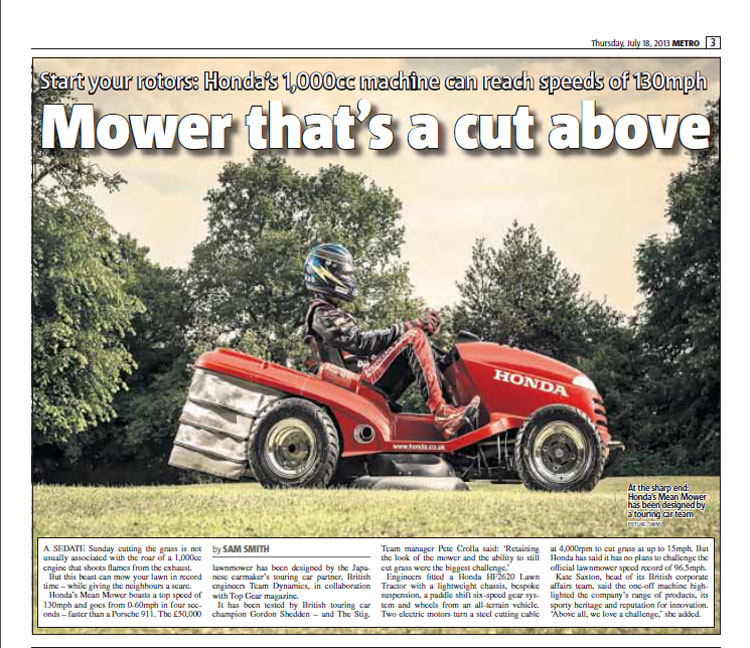 A colourful Page 3 story subbed for Metro about a high-speed lawnmower built by Honda. It required a lightness of touch and as many lawn mower puns as possible (hence ‘start your rotors’).

Taking A Byte Out Of Groceries: Feature on Ocado’s warehouse 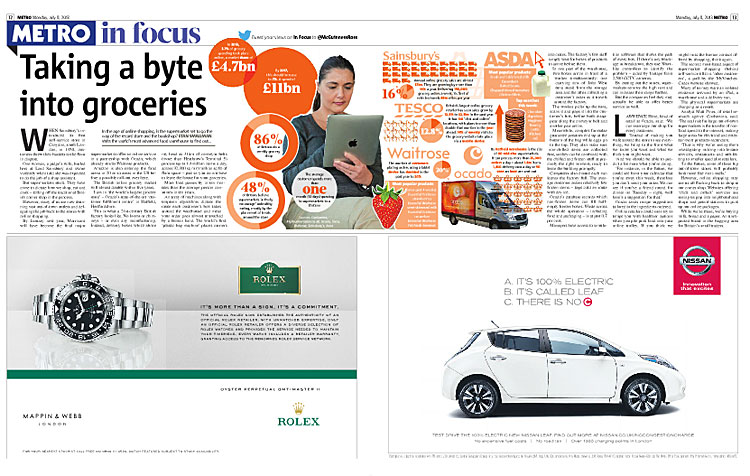 This was a revealing look at the growth in online grocery shopping and the giant Ocado warehouse by Etan Smallman that I subbed for Metro. As with all these pieces, care had to be cut the copy to length without losing interesting details (such as the XBox-like controllers used in the warehouse). I also used a play on words in the headline that I feel suits the story extremely well.

Children’s TV Not What Tiswas 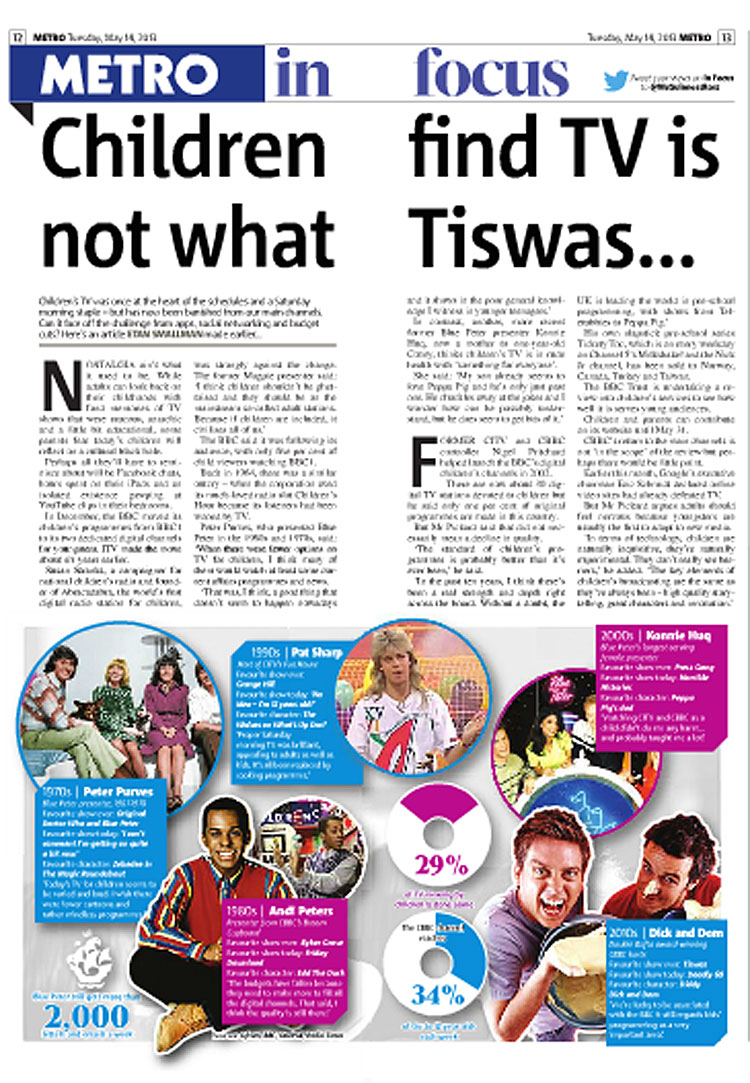 A feature I subbed for Metro’s In Focus section that examined the state of children’s TV in the digital age. The copy needed to be cut back while retaining colour and all the main points. As with all these pieces, this was not a case of just chopping paragraphs but a line-by-line revision to fit the space without losing the detail. 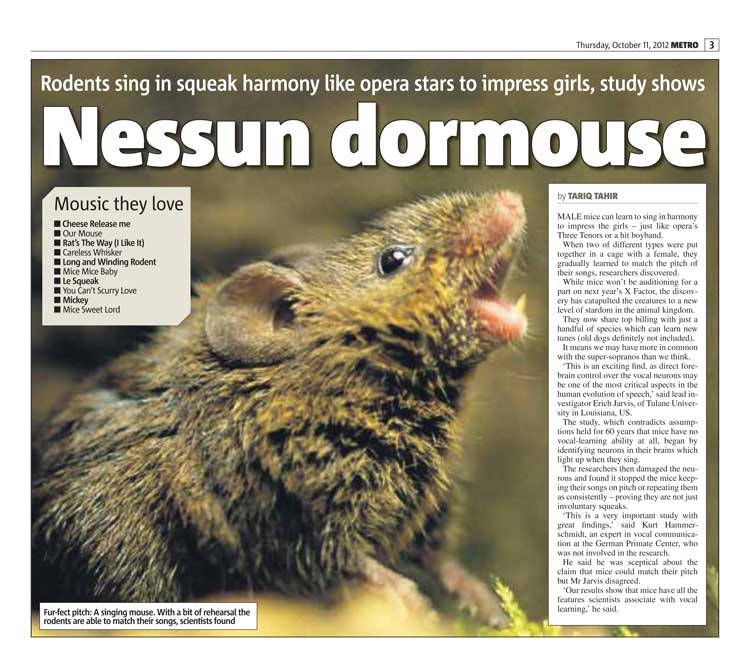 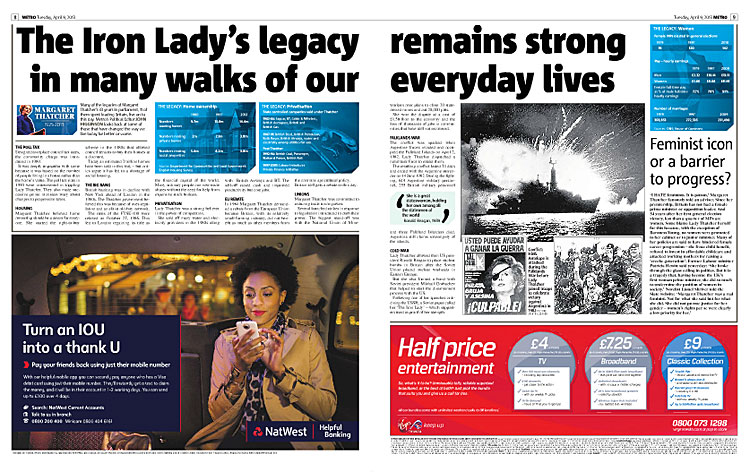 This was part of Metro’s coverage for Lady Thatcher’s funeral which I subbed that examined the impact her policies have had on Britain today. It was a story of many parts in that the reporter had gone to great pains to study each aspect. However, as is often the case in these type of features, the sum total overran. Each section had to be carefully reduced to fit the required space without losing the key points. 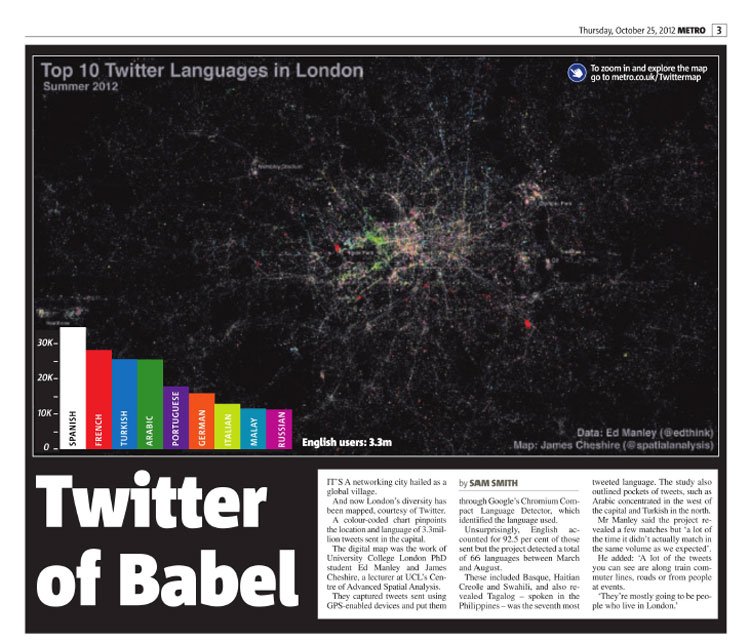 This was a story about a digital map of the various languages Londoners use on Twitter. It needed a bit of a rewrite to add a splash of colour but the main challenge was the extremely tight space for a headline. After much gnashing of teeth I came up with ‘Twitter of Babel’ – a play on words of the biblical story of the Tower of Babel, which tells of the birth of various languages.