The Dubai drugs three and Britain's double standards on torture 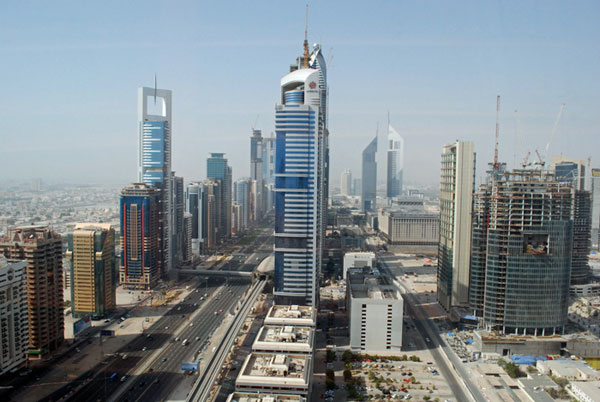 David Cameron's support for the three Britons sentenced for a minor drug offence after allegedly being tortured in Dubai is commendable - but it could come back to haunt him.
Grant Cameron, Karl Williams and Sunjeet Jeerh went for a holiday in a desert paradise - but it ended with allegations of torture, a confession in Arabic none of them understood and a four-year sentence.
Cameron, 25, Karl Williams, 26, both from London, and Jeerh, 25, from Essex, were found guilty in a Dubai court this week for possession of synthetic cannabis - known as spice.
They were arrested in the city's Marina area in July 2012 and say they were beaten by police, had a gun held to their heads and tortured with electric shocks while officers refused access to an independent medical examiner.
Jeerh's sister, Davena Kumar, has said: 'His whole spine was electrocuted quite badly. Even now you can see where his back is still not the same.’
Dubai authorities deny the claims.
News of their four-year sentence, the mandatory term for possession in the emirate, was greeted with relief by some relatives.
Cameron's mother Tracy is 'ecstatic' at the result as she believes her son will be pardoned in the coming months.
The UAE traditionally grants clemency to hundreds of prisoners during the holy Islamic month of Ramadan, which this year falls in July.
Past years have seen the country's leader Sheikh Khalifa bin Zayed free as many as 800 prisoners from jail.
To supporters it is a way of showing the emirate is enlightened and forgiving. Cynics may argue this is an easy way of getting rid of problematic prisoners while enjoying some good publicity.
It has worked to the advantage of high-profile Britons in the past. Radio 1 DJ Grooverider was released seven months into a four-year sentence in 2008 for possession of a very small amount of cannabis.
The three Britons also have circumstance on their side. Their sentence coincides with the start of a state visit by Sheikh Khalifa designed to boost trade with an important partner.
[youtube="http://www.youtube.com/watch?v=MaOIzh4L-0E"]
David Cameron, in a letter to the charity Reprieve has already raised concerns about the way the trio were treated and called for 'a full, impartial and independent investigation'.
The prime minister states: 'Our concerns about the allegations of torture…have been repeatedly raised with the Emirati authorities, including by the Foreign Secretary and [Foreign Office Minister] Alastair Burt'
In the face of such pressure it seems likely the men will be granted clemency at some stage, understandably not soon enough for their concerned relatives.
But Cameron's vocal support for the trio could lead to accusations of double standards - not least in Britain's long-running battle to deport Jordanian terror suspect Abu Qatada.
Successive attempts to return him to Jordan have been knocked back by the European Court of Human Rights on the grounds that he will be tried on evidence gained under torture.
The Home Office has sort assurances this will not be the case but its arguments have failed to persuade judges in Strasbourg to the extent that Cameron is reportedly considering a temporary withdrawal from the human rights court to get around the problem.
Three young men on holiday with soft drugs is nothing compared with allegations of support for mass murder.
But, at least on the international stage, sympathy depends on who is holding the electrodes and who is on the receiving end.