The World Future Energy Summit attracted exhibitors from across the globe under one roof. With these audio interviews I wanted to show the diversity of those taking part united under a common cause. You can view the interactive here. 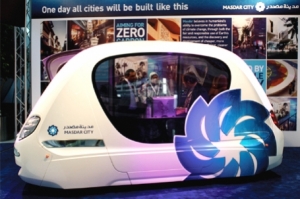 On the floor at the World Future Energy Summit, Abu Dhabi for The National

Before leaving the Newcastle Evening Chronicle and moving to the Middle East, I found myself breaking the story of Emirates Airline extending to Newcastle Airport. It was big news for the city as it was the airport’s first long-haul route and would make trekking across the world much easier for travellers in the North East. […]